Whether you call it a video tutorial, explainer, how-to video, training video, or [insert your favorite term here], we've all seen 'em. And chances are, you've watched enough tutorial videos on YouTube or elsewhere to recognize the helpful, from the okay, from the meh.

So, ready to make your own tutorial video? Read on for everything you need to know in order to create a video that educates, inspires, and prompts action.

What is a tutorial video?

Tutorial videos can be about anyyyyything, so long as they transfer knowledge. Or demonstrate a process. Or explain a concept. In other words — leave viewers with something valuable.

Maybe a company leverages video as a way to explain its product. Or internal teams use screen recording as a form of asynchronous (and educational) communication. Perhaps a YouTube gamer uses tutorials as a way to explain how to beat certain challenges, quests, bosses, etc.

See why how-tos run the gamut of possibilities? It's no wonder that one-third of internet users watch at least one tutorial each week.

How to make a tutorial video

As much as we'd like there to be a one-size-fits-all process for making instructional videos, there's not.

For example, if you’re creating a video on how to change the oil of a car, using your computer’s webcam might not be the best choice. But if you’re explaining how to change your email signature in Gmail then a webcam and screen recording are a great fit.

That said, there are several shared steps you can follow to ensure your video makes an impact. Let's take a look.

1. Start with a storyboard

Before you hit record, start with a plan. Don’t expect to have everything come to you as you start presenting.

To create an effective storyboard, begin by identifying the topic you’re going to address, such as a frequently asked question by your customers or an onboarding experience. At the beginning of the video, you’ll want to quickly address what the video will teach the viewer, the tools or items you’ll be using, and then list the timeline of the steps needed to achieve the objective.

This video on how to change your tire does a great job of explaining what the video will teach you, the tools needed, and the steps to follow.

The purpose of any video tutorial is to explain something in a clear and concise manner so your viewer can understand and repeat what they’ve learned. If you’re fumbling with words or not presenting your tutorial in logical steps, then your video won’t be very effective.

Once you have the first draft of your script, practice reading it out loud. You’ll often find that the way you write sounds very different from how you normally speak. You’ll want to tweak your script to be clear and concise without coming off as robotic.

By the way — how your script reads should be reflective of your brand. Write in the voice and tone that you typically use when speaking to customers. And carry that through with each video you make, so that your content stays consistent.

3. Plan when you’ll be shown on camera

Have a structured beginning, middle and end. You can avoid adding extra work for yourself by identifying when in your tutorial video you’ll be speaking to the camera as the subject and when you’ll be “hidden” behind other footage such as B-roll or screen sharing.

4. Set up your equipment and record

Video and audio recording equipment is key. Don't worry — you can always edit in post, but the better your initial setup, the faster it will be for you to produce your tutorial video. A couple considerations:

A simple lavalier microphone that attaches via your standard 3.5mm headphone jack can cost as little as $10. Another option is to use any headphones that have a mic attached to them such as Apple AirPods or a Bluetooth variation.

If you’ve got some old Apple headphones laying around, you can actually cut off the end of the headphone and tape the microphone portion to the inside of your shirt for a makeshift lav mic. 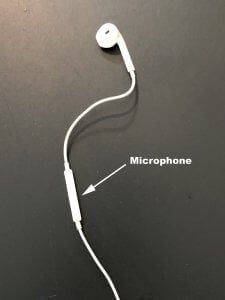 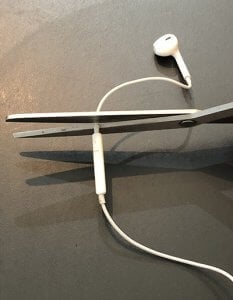 You don’t need to invest in a set of expensive camera lights right off the bat, but before you start filming make sure you’re positioned so that the lights are coming at you rather than from behind you.

For instance, if you’re filming in front of a window, close the curtains behind you as much as you need to prevent shadows. If you’re facing a window, consider hanging a white sheet or some light-colored curtains to provide diffused natural light.

Using a webcam to record? Position it so that you’re looking slightly up at it rather than down. This will prevent you from appearing as if you have multiple chins (you're welcome). Another trick — place your laptop on a stack of books so the webcam is at eye level.

The good news — WeVideo makes it easy to edit your video tutorial however you want. Whether you need to make quick edits — like trimming or combining clips — or add text, music, effects, etc., you can do so in WeVideo.

There are hundreds of options and techniques for emphasizing things within your video. As you start to create more instructional content this might be something you consider investing more time in. For now, here are a few easy-to-implement tricks to help draw your viewers’ attention to the focus point.

Once you have the timestamp of each section, list it off using a static text clip and a solid background. Make sure you give your viewers a few seconds to read it. Check out the example of a tutorial video table of contents below.

Adding background music can be nice to fill in the lulls of silence, but it can be distracting when it’s competing with the voice of someone speaking. 5-Minute Crafts does a good job of using music in the tutorial hacks video below. This is also a great example of showing, not telling.

When you’ve finished editing your video and it’s time to publish, there are a number of options to consider.

YouTube is the largest video-sharing website and second largest website in the world, making it a great option for getting your tutorial video out to a wide audience to increase awareness and exposure.

It’s also completely free with the possibility of even earning you money through your own channel. Plus you can host a video on YouTube and embed that video somewhere on your website.

The downside to YouTube is that since it's so popular, it’s easy for a video to get lost in the noise if not optimized for search. Furthermore, given the topic of your tutorial video, it’s quite likely that your video will be listed right next to your competitor’s. This isn’t necessarily a bad thing, but something to consider nonetheless.

It’s often best practice to post on different social channels and direct web traffic back to your website or YouTube channel. This expands your reach and helps generate awareness.

Each channel has different time restrictions for how long your video can be and optimal lengths. For instance, Twitter’s video max time limit is 2 minutes and 20 seconds, but videos that are between 30 and 45 seconds tend to perform best. Then there's something like Instagram, with a variety of posting types, all with their own video length requirements.

You'll also want to consider whether to paste a link to your video or upload the video's .mp4 file natively to a social site. The advantage of the latter is that the video will autoplay on sites like Facebook or LinkedIn.

The counterargument to this, of course, is that if your main goal is to grow your YouTube channel, then you’ll want to direct all of your viewers there rather than splitting them between Facebook and YouTube.

If you’re embedding a how-to video on your website, you might consider one of these hosting options in order to reduce load time.

And that’s a wrap! Following the steps above will have you making quality instructional videos in no time. And just in case you're looking for more inspiration, here's a tidy list of 30 video content marketing ideas. Happy creating!