Every video producer dreams of having their marketing videos going viral (that dream may also involve supermodels and a garage full of Lamborghinis). There’s no magic OR scientific formula to follow to create a viral video hit, but most viral videos have a few things in common.
This post isn’t about how to make a viral video. That particular combination of content, skill, timing, and luck can’t be boiled down into a simple how-to list. However, you can take some lessons learned from the web’s most famous viral videos, and use them to make your marketing videos infinitely more interesting and shareable.
We’ll look at examples of each, and tell you what you can take away from these viral videos to help create marketing masterpieces of your own.

If you scroll through your Facebook feed right now and pay attention to posts containing videos (exclude funny videos for now), many of them will have a sentence like this:
“Did you know…?”
“What do you guys think…?”
“I already knew, but…”
People love to share information—to be helpful, to provoke discussion, or to “prove” they’re knowledgeable about a certain topic.

Example: Squatty Potty Unicorn
Marketing a product designed to help people go to the bathroom doesn’t sound like the most glamorous task. But Squatty Potty knew they created an advantage of knowledge for their customers—going number two in a certain position does, in fact, they claim, lead to a superior evacuation. Now, buying the Squatty Potty isn’t something to be embarrassed about. Customers equate the use of this product with superior scientific knowledge about the mechanics of something as commonplace as going to the bathroom.
Put It To Work: Does your product or service create an advantage for your customers? You can bet they’ll want to tell their friends and networks about it. Make your customers look smart, and they’ll make you look like a genius.


2. It Causes An Emotional Response

Example: Jill and Kevin’s Wedding Entrance Dance
There’s an ocean of elaborate proposal and adorable wedding videos on the web, but Jill and Kevin have a special place in everyone’s hearts. They danced down the aisle six years ago, and their choreographed entrance has been viewed over 90 million times.
Whether you’re a sucker for weddings, get goosebumps when you see a perfectly executed piece of choreography, or just like music, this video probably elicits an emotional response when you watch it—and that’s why it’s so shareable.
It may not be a marketing video, but it did motivate people to do something. Jill and Kevin urged everyone who watched their video to donate to the Sheila Wellstone Foundation, which works to prevent domestic violence, and their efforts raised over $50,000 for the charity.
Put It To Work: People tend to equate spending money with positive emotions (unless the electric bill is due), so make them feel good about your product. Use your marketing video to illustrate how using your product or service makes your customers’ lives better or more enjoyable. Tell a story with a happy ending. Those good vibes will be way more shareable than a straight-up sales pitch.

If asked to name a popular viral video ad, how many of you would instantly think of the “Smell Like A Man” Old Spice commercial? It was a huge hit (and for good reason), but would you try to parody or reference it now, over five years after its release? No, of course not. It’s old news. There’s nothing wrong with piggybacking on current events, trends, or popular memes—in fact; it can help get hundreds (or thousands) more eyeballs on your video. Just make sure they’re still current by the time your video is produced and released.

Example: Keyboard Cat’s Wonderful Pistachios Commercial The Keyboard Cat video was uploaded to YouTube in 2007 but didn’t become wildly popular until referenced by Stephen Colbert in 2009. Wonderful Pistachios hopped on the bandwagon with this timely ad in 2010—short, relevant, and memorable.
Put It To Work: You don’t need to create a 5-minute masterpiece of a video to hook on to the popularity of a meme or cultural moment. Keep trendy videos short (the Wonderful Pistachios commercial is only 16 seconds long), and make sure you have a finger on the pulse of what’s popular. Check Twitter’s trending topics or the front page of Reddit daily for inspiration.


4. It Gives Viewers Something To Do

Example: The ALS Ice Bucket Challenge
Again, the ALS Ice Bucket Challenge wasn’t a marketing video per se, but it raised well over $100 million for the ALS Association. Why was it so successful?
Other than the fact that it’s incredibly fun to watch your favorite celebrities get ice water dumped on their heads, people participated because: it was easy, it was time-limited, and it was designed to spread. Each person had to nominate three other people to take the challenge within 24 hours. You don’t have to be a mathematician to see how it spread like wildfire.
Put It To Work: You’re probably not going to make $100 million off of your first marketing video but if you make your videos engagement-friendly, you might see an increase in conversions and sales.
You can create a contest, ask for photo or video submissions, direct people to a landing page where they have to enter a code from the video, or take the party elsewhere—make yourself available via social channels to answer viewer questions or tell more of the story. Just remember to keep it simple. 99.9% of people won’t engage with your video if the effort outweighs the reward, so asking them to make parodies of your video in exchange for a 10% discount probably won’t get you very far.
Getting a million or more views is a lofty goal for your marketing videos. It may not happen right away (or ever, for that matter), but why not take cues from the best viral videos of the past few years? Apply these lessons to your own video marketing content, and it’ll be more shareable than ever before.
[hs_action id=”8981″] 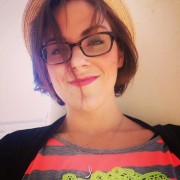 Easily create a Mother’s Day slideshow for the mom in ...

5 ideas that will help you spring into Q2 with ...

Social media news you need to know this month [March]